A Little about the Reverend Rosemary Fletcher

Rosemary began her life as a Methodist minister in 1990, when she joined the Swindon Circuit, (about 25 churches), after her three years of study at the ecumenical Queen’s College in Birmingham, for which she has still has a great affection. In Swindon, she joined one of the oldest local ecumenical partnerships in the country, situated in the heart of a large council housing estate on the eastern side of the town, and also worked with two Methodist churches in the villages of Wroughton and Chiseldon nearby, where she also had some wonderful Anglican and Catholic colleagues.

Rosemary was the minister in charge of the Caversham section of the Reading Circuit form 1996 to 2004. This was also then a Circuit of about 25 churches. Here she was responsible for two Methodist churches, worked on one ecumenical parish and was also involved with one village church which had an ecumenical sharing agreement.  She was Team Leader for a team comprising a deacon for five years, replaced then by a youth worker, and a non-stipendiary colleague, three lay voluntary pastoral assistants and a part time administrative assistant. The membership of her section was about 300. She began her ministry there in 1996 and married James in 1997. While in Reading, they were heavily involved in the Jubilee 2000 and Trade Justice campaigns. Rosemary also set up a link between one of the Churches and a church in Mindolo in Kitwe, Zambia. A visit to the twin church in 1999 really brought home the importance of those campaigns. Rosemary returned to Zambia for a month in November 2000 to teach at the Theological College, covering the furlough of a Mission Partner, and then they both visited again in 2003.  They both returned for two weeks in January 2015 for the Golden Jubilee of the United Church of Zambia.

Their first visit to Zambia amplified a long-nascent calling in Rosemary to serve the World Church and in 2005 she and James were sent to Sri Lanka where Rosemary was to be the first ordained woman on the Faculty of the ecumenical Theological College of Lanka situated in the hill country near Kandy.  They stayed for 5 years as Mission Partners. Rosemary was the New Testament lecturer (and also helped out with many other subjects) and James was the Development Officer and also a teacher of English. They were also involved with Kandy Methodist Church and Circuit. They met many amazing people and shared, as well as they were able without a common first language, aspects of living through changing times in the country. Their time spanned the re-ignition of the war and its decisive end. The war did not affect them directly but many students and others they knew had family and friends who suffered – on both sides. Rosemary and James were very sad to leave – the main reason being the need to be closer to Rosemary’s elderly parents, Marjorie and George, who have both since died.

Rosemary was appointed the Superintendent of the North Lambeth Circuit (London District) where she enjoyed her ecumenical Parish colleagues a lot and being so close to Central London.  Also for  10 months she was re-stationed for 3 days of her week 2011/12 to serve in the Kingston Circuit, due to the death of a minister. Then in 2013, she was appointed Minister of Marlborough Road Methodist Church in  St Albans  and Superintendent of the St. Albans and Welwyn Circuit. 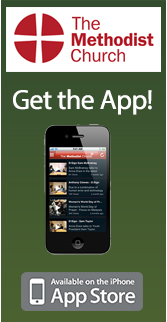